On the Costa Brava, you’re close to water, nature and culture. Combine a beach holiday with excursions to Costa Brava’s culturally rich towns and cities with exciting history, art and local life.

The Costa Brava is located on Spain’s north-eastern coast, in the province of Girona, midway between the Pyrenees and the Mediterranean. The area is a beautiful mix of sea blues, golden sandy beaches and landscapes ranging from lush greens to rocky sands and earth tones.

The Costa Brava is perfect for a beach holiday in a deckchair, sand between your toes and cool dips in the Mediterranean. In addition to addictive beach life, the Costa Brava also has several beautiful cultural towns. So wonder if you can jump out of your deckchair and go on a day out or two.

Here are tips for some of Costa Brava’s most exciting cities. You’ll also find tips for holiday homes and apartments close to both towns and beautiful beaches.

The beautiful fishing village of Cadaqués, with its whitewashed houses, is situated around a small bay, close to the French border. The artist Salvador Dalí lived nearby, and other artists such as Picasso and Magritte have stayed in the town. Today, Cadaqués still attracts plenty of artists and bohemians, who are drawn by its beautiful light and surrounding nature.

Walking around the city of white houses with azure details and a multitude of small artisan shops, bars and restaurants is an experience in itself. Start at the promenade, Plaça del Passeig, with the Dalí statue and the colourful fishing boats. Take a break at the BoiaNit beach bar and take a dip in the azure waters.

Make your way up the steep, cobbled streets to the Gothic church of Santa Maria, which sits atop the town. Here you get the finest view. Dine at the family-run Es Baluard, by the water, where you’ll get great Mediterranean cuisine. 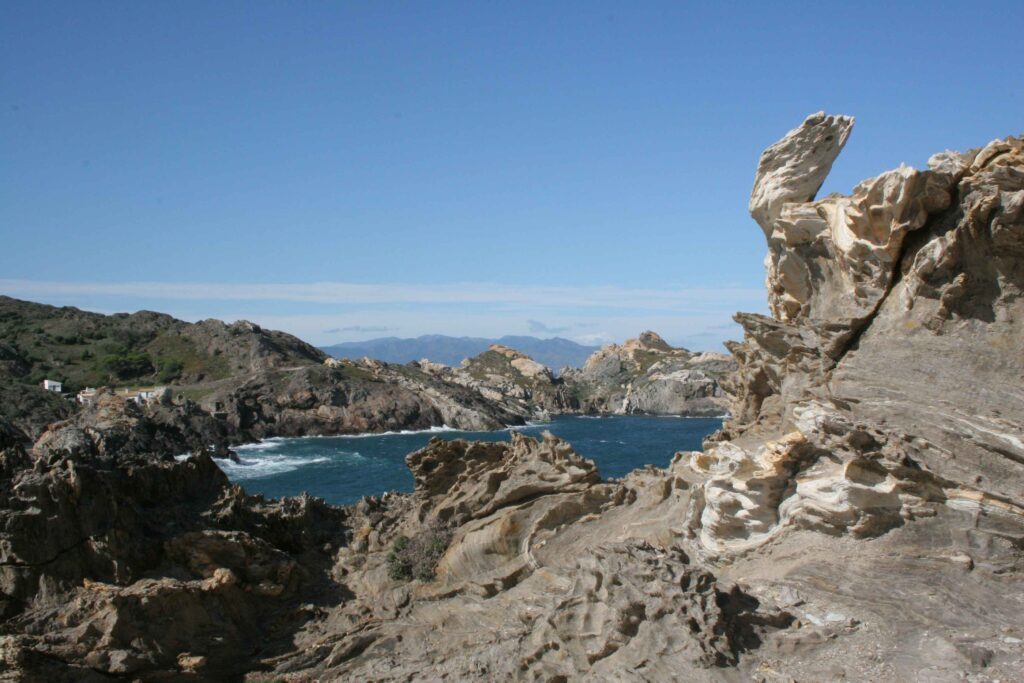 Close to Cadaquez, you’ll find Salvador Dalí’s unique and imaginative house in the small fishing village of Port Llegat. Rent a bike in Cadaqués. Here you can explore the artist’s very different home, where he lived with his wife, Gaia, and created some of his most important works. In the home, now a house museum, you can see the artist’s living room and studio, as well as an extravagant swimming pool. Tickets must be purchased in advance, and you can buy them online here

From Dalí’s home you can continue into the National Park, the wondrous landscape of Cap de Creus, which inspired Dalí. There are plenty of hiking trails and you can walk, cycle or drive there. In Cap de Creus, the landscape is as wondrous and surreal as the artist’s works. It’s quiet and the scenery is stunning, with wonderful coves of crystal clear water surrounded by rocks shaped like animals. Among others, a camel, a dragon and a lion. In addition, there is a rich fauna and flora and plenty of beautiful viewpoints. 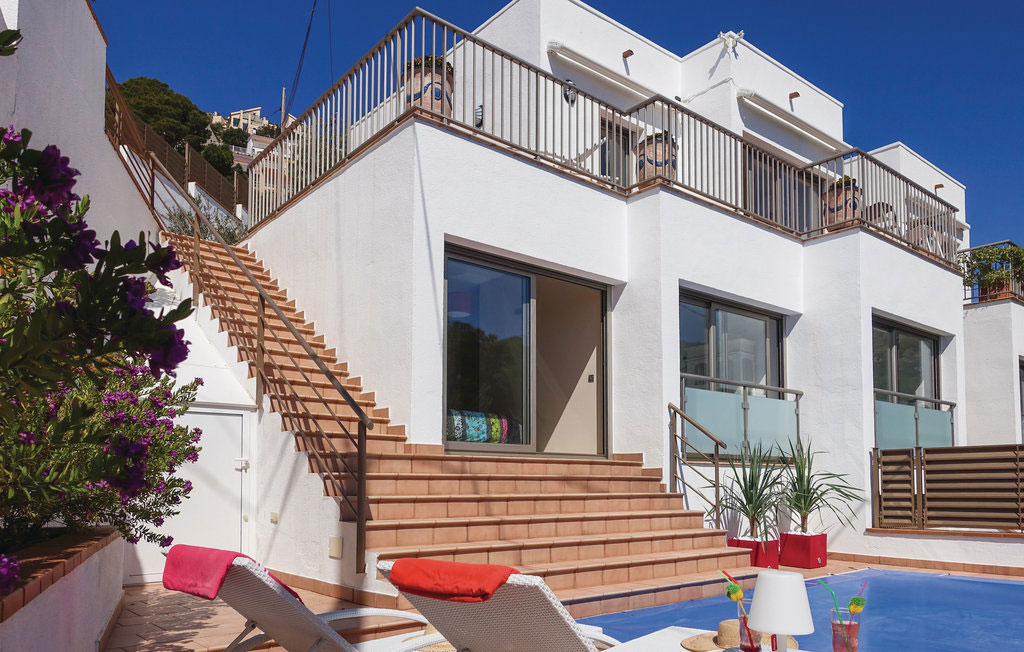 This townhouse is located in the town of Roses, just a few hundred metres from the Cala de Almadrava de Roses cove with a 450-metre long family-friendly beach with fine sand. Both Cadaqués and Figueres are 25 km away. The holiday home has several lovely terrace areas and its own pool, and can accommodate six people. See more pictures and read more about the holiday home at Cadaqués

Figueres, named after figs because of the area’s many fig trees, is about half an hour’s drive from the French border and 45 minutes north of Girona. Figueres is particularly known for being the town where Salvador Dalí was born. It is also here that the eccentric artist renovated a large theatre and created the Dalí Museum. The museum is easily recognisable by its red colour, with decorations like eggs on the roof. Inside, you’ll take a surreal journey through a vast collection of Dalí’s art, some of the best in the world, including drawings, paintings, installations and jewellery. Dalí is buried inside the museum.

If you have children on holiday, they’ll love the Museu del Joguet de Catalunya, with an extensive collection of toys from the 19th century to the present day. Here are spinning tops, dolls, cars and board games and a miniature railway.

Dalí fans should take a walk past Dalí’s birthplace, which can only be seen from the outside. Enjoy a drink and a bite to eat at the Duran Hotel & Restaurant, where Dalí himself hung out.

On the Rambla (the city’s main street) with plenty of shops and restaurants you can get local life. You can also do this at the markets held every Tuesday, Thursday and Saturday in Plaça del Gra. Here you can taste and buy local delicacies.

Read more about Cadaqués, Figures and the Dalí Route 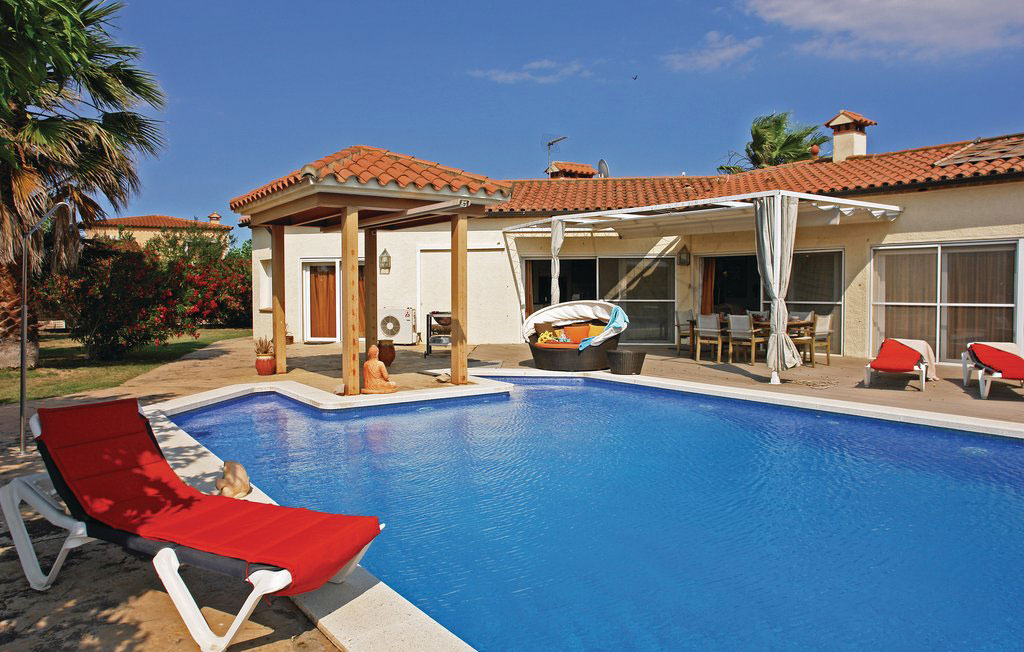 Girona is the province’s capital and largest city. It is also called the “City of the Four Rivers” because it is located at the confluence of the rivers Ter, Onyar, Galligants and Güell.

Start with a walk along the Onyar River and across its bridges in the centre, where you’ll have picturesque views of the colourful houses in both the Old and New Towns. Note the red bridge, the Eiffel Bridge, built by Gustave Eiffel just before the construction of the Eiffel Tower.

Girona first became famous when the old town played a major role in the sixth season of the HBO series Game of Thrones. The cathedral, built between the 11th and 18th centuries, makes several appearances in the series. Climb the 91 steps to the impressive holy building, then get lost in the maze of small streets behind Europe’s best-preserved Jewish quarter. Here the Jewish community flourished in the 12th century.

Also see Girona from above on a walk along the city’s ancient walls, some of the longest in Europe. Here you get a fantastic view of the whole city and its surroundings from the many towers.

Girona’s new district is especially a nice place to shop and eat well. Sit under the arches of the square, Plaça de la Independència, and have a modern lunch at Nibble or a more classic one at Casa Marieta.

The street, Santa Clara, is the central shopping street with small local clothing, shoe and delicatessen shops. Take a look at the surrounding streets too. If you need a rest, stop at Rocambolesc for the best ice cream in town. 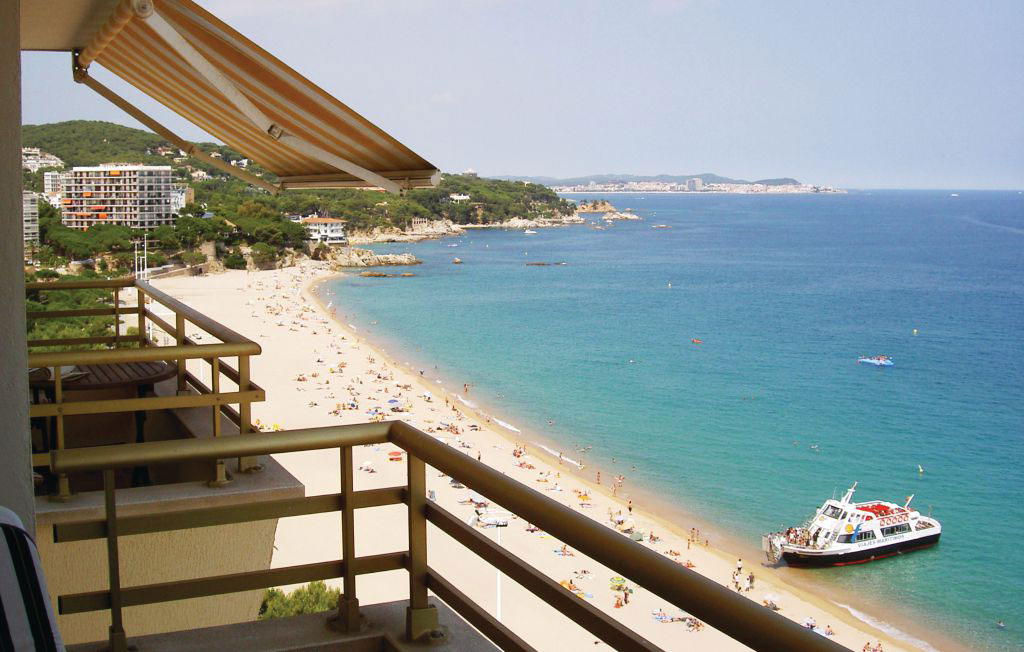 Located in Platja d´Aro, 35 km from Girona, this holiday apartment offers beautiful views of the Mediterranean Sea from its large terrace. From the other side of the apartment you have beautiful mountain views. Located in the centre of town, you are within walking distance of shops, restaurants and a sandy beach. The apartment has three bedrooms and sleeps six people. See more pictures and read more about the holiday apartment near Girona

Tossa de Mar winds around a bay filled with fishing boats and is crowned with impressive medieval walls and towers. The city was much loved by the French painter Marc Chagall, who called it “The Blue Paradise”.

Tossa de Mar has both award-winning beaches with water sports facilities for all ages, and not least, an impressive, historic, town centre.
Take a stroll around the cobbled streets of the old medieval town, where you will feel like you have stepped back in time and can feel the Catalan cultural history. Here you can see very well preserved towers and walls. In fact, Tossa de Mar is the only preserved medieval fortified town along the Catalan coast. The Old Town’s winding streets also offer plenty of shops and restaurants, all of which are well suited to their historic surroundings.

A visit to Tossa de Mars Castle is a must. The castle is the city’s landmark and built in the 11. and 12th century. With its fortress, the castle has protected the town from pirates and there are fantastic views over the water. On the way up, you can see a statue of actress Ava Gardner, who fell in love with the town when she was filming here. If you have small children or others who can’t make the challenging trip, you can take a tourist train there.
Also take an evening stroll along the medieval walls and to the lighthouse, Far de Tossa, for a beautiful sunset.

Tossa de Mar is known for its fish and rice dishes, and also has good tapas. Pizza is also popular in the city, and you’ll have plenty of opportunities to find a restaurant that offers something to your taste in the Old Town. Try the restaurant, Can Pini, for good local food. Also taste the local wine for which Tossa de Mar is famous. 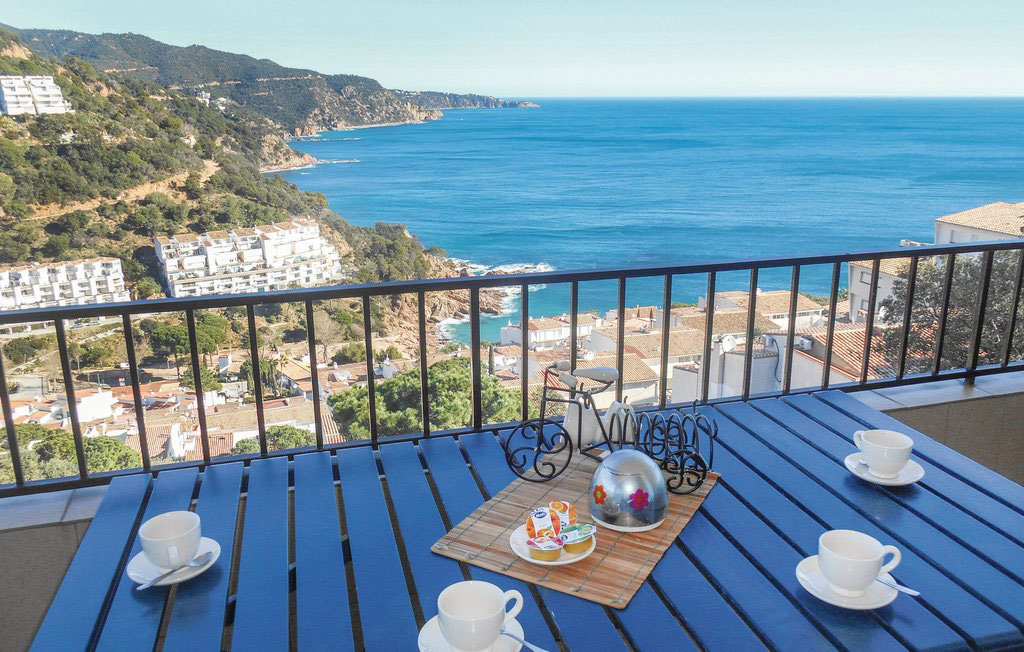 The journey to Costa Brava