5 cool Spanish films you need to see on Filmstriben

The libraries’ streaming service, Filmstriben, has a good selection of quality Spanish films that you can watch for free. Here are a handful of the best.

Filmstriben is your online library where you can stream feature films, shorts and documentaries selected by librarians. Among the Filmstriben selection you will find a number of quality Spanish films. Some of the films can be seen on other streaming services, but on Filmstriben it is free to borrow a film for 48 hours. Just use your library login. There is a limit to how many films you can borrow per month, depending on your local library. You can see how many you have available in the current month when you borrow a film.

Pedro Almodóvar’s Pain and Glory (2019) is a somewhat more subdued and thoughtful drama than we’re used to seeing from the director’s hand. But we are not spoiled by a good dose of Almodóvarian humour and a colourful cast of characters, for which we know him so well.

Film director Salvador Mallo, played masterfully by Antonio Banderas, has had a long and illustrious career and is about to premiere his magnum opus. He is plagued by a lack of creativity, the pains of an ageing body, unresolved issues of the past and a good dose of self-pity and depressive thoughts. Salvador meets Alberto (Asier Exeandia), an actor with whom he had a falling out. Meeting Albertro leads Salvador to smoke heroin, where he travels back to his working-class childhood and memories of his loving and fiery mother (Penelope Cruz) and his first memories of his sexuality. Alberto also finds a way out of depression when Salvador lets him write his memoirs, and the process leads him to a meeting with a former girlfriend.

Pain and Glory is a beautiful and poignant film about growing older, searching and reinterpreting the narrative of oneself to find one’s footing in a new age identity.

Is the film about Almodóvar’s own pain and glory? We can only guess, but there are many references that point directly to the director’s own life. 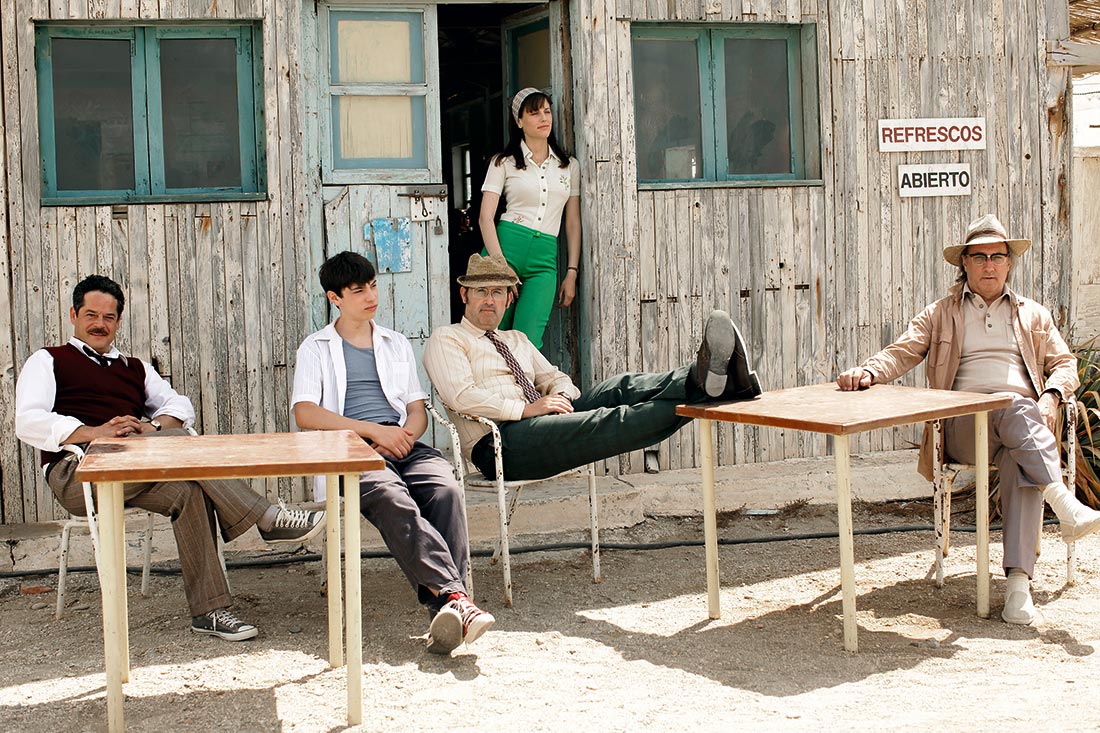 2 Living is easy with eyes closed

The comedy drama Living is easy with eyes closed (2013), written and directed by David Trueba, is both a road movie and a period picture of Spain in the 1960s, peppered with beautiful images.

In 1966, Beatles-loving Spanish English teacher Antonio (Javier Cámara), who uses Beatles songs in his lessons, sets off on a long road trip to meet his great idol, John Lennon. Lennon films in Almería, Andalusia, where he stars in the film I Won the War. Heading for Andalusia in an old barge, Antonio picks up a pair of young hitchhikers, a pregnant young woman and a teenage boy, both on the run.

The unlikely company builds a strong friendship and, of course, encounters a lot of obstacles on their way to Lennon. The nerdy Antonio softens and resolves most with a humanism that stands in stark contrast to the controlling and narrow-minded view of man that characterised the country.

The film’s title is a quote from the John Lennon song Strawberry Fields Forever, which was created when Lennon was filming in Andalusia. The film Water won six Goya awards. 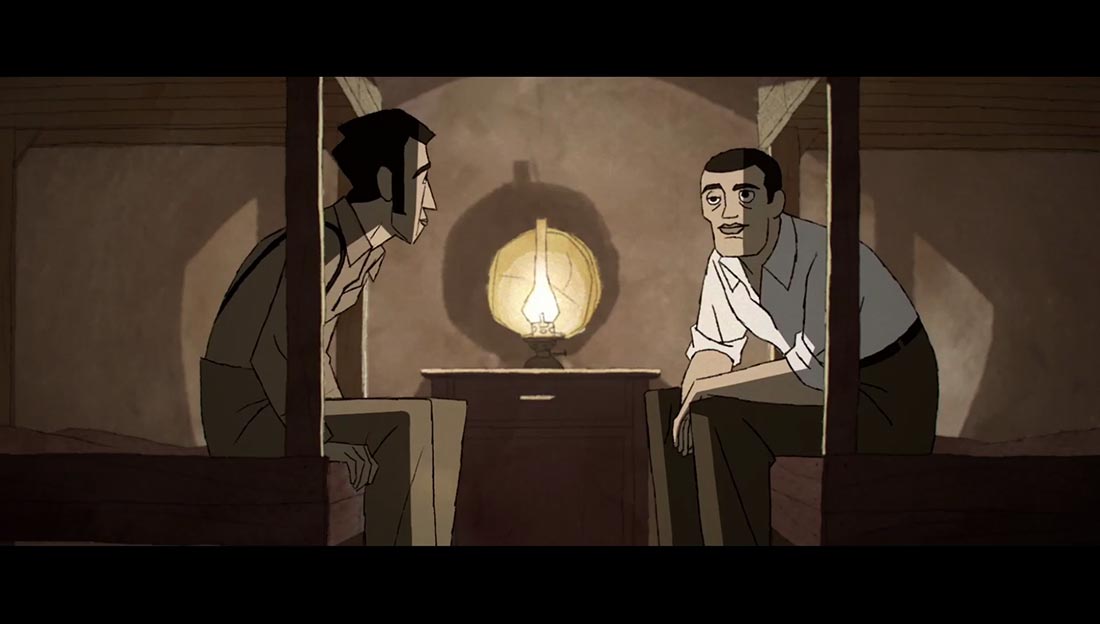 3 Buñuel in the labyrinth of turtles

One of Spain’s most important film directors, surrealist Luis Buñuel (1900-1983), best known for his collaboration with Salvador Dalí in the film The Andalusian Dog (1929), stars in the stunning animated film Buñuel in the Labyrinth of the Turtles (2019).

In the 1930s, Buñuel lived in Paris, where he was a member of the Surrealist movement. He is on the verge of bankruptcy after his first film, The Golden Age, in conflict with his friend Dalí and unpopular with the cultural elite. For lack of a better word, he throws himself into a documentary film project, which a good friend finances with a lottery win. Together they travel to one of Spain’s poorest areas, the mountainous Las Hurdes in Extremadura, to film Las Hurdes: Tierra sin pan (Land without Bread). We follow the couple and the story of the making of the film, which premiered in 1933. Friendships are tested and the limits of what can be done to people and animals in the name of art are challenged as Buñuel unleashes his uncompromising artistic talent. The film is directed by Salvador Simó.

See Buñuel in the labyrinth of turtles 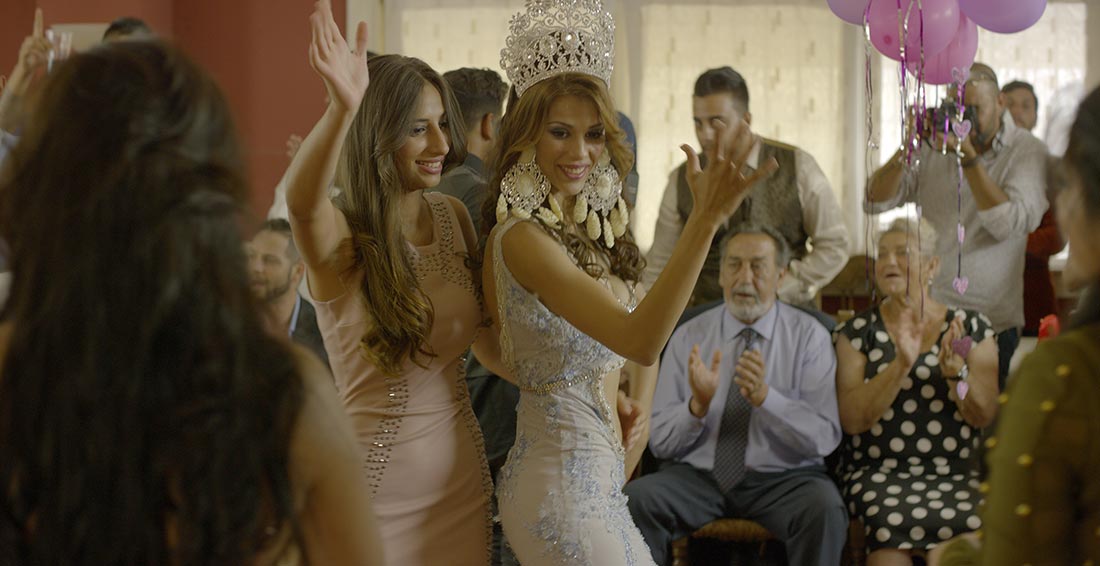 Carmen & Lola (2018) is a conflicted love drama that defies religion and culture. 17-year-old Carmen (Rosy Rodríguez) is Roma and engaged. Her future as a good gypsy woman is planned with a husband and children in a life ruled by a conservative gypsy community in Madrid’s suburbs. When she meets 16-year-old Lola (Zaira Romero), a friendship develops that turns into love, and both their lives change radically.

Carmen struggles with a culturally inherited homophobia, while Lola is more true to her sexuality. Both are challenged by the secrecy, which costs on the emotional account. Carmen & Lola is a love drama that gives voice to minorities and their struggle to break out of cultural norms.

Sex & Lucía (2001) is Spanish drama and passion at full throttle. Lucia (Paz Vega), a waitress living in Madrid, flees to a small island in the Mediterranean when she thinks her boyfriend, the writer Lorenzo (Tristan Ulloa), is dead. Here she is confronted with Lorenzo’s past.

The film is structured in a complex narrative technique, where we get the story of Lucía and Lorenzo’s six-year love story, mixed with authentic stories from Lorenzo’s past, which can be written into the novel he is working on and which Lucía meets on the island. Past, present meet in fictional stories and fantasies, and Lucía must piece together meaning from fragments in this fateful drama that, as the title suggests, is spiced with plenty of hot sex scenes. It is now the drama’s complex narrative that captivates and makes the film worth watching.

Sex & Lucía is written and directed by Julio Medem. The film has won several Goya awards.

Read the guide to compelling Spanish series on Netflix